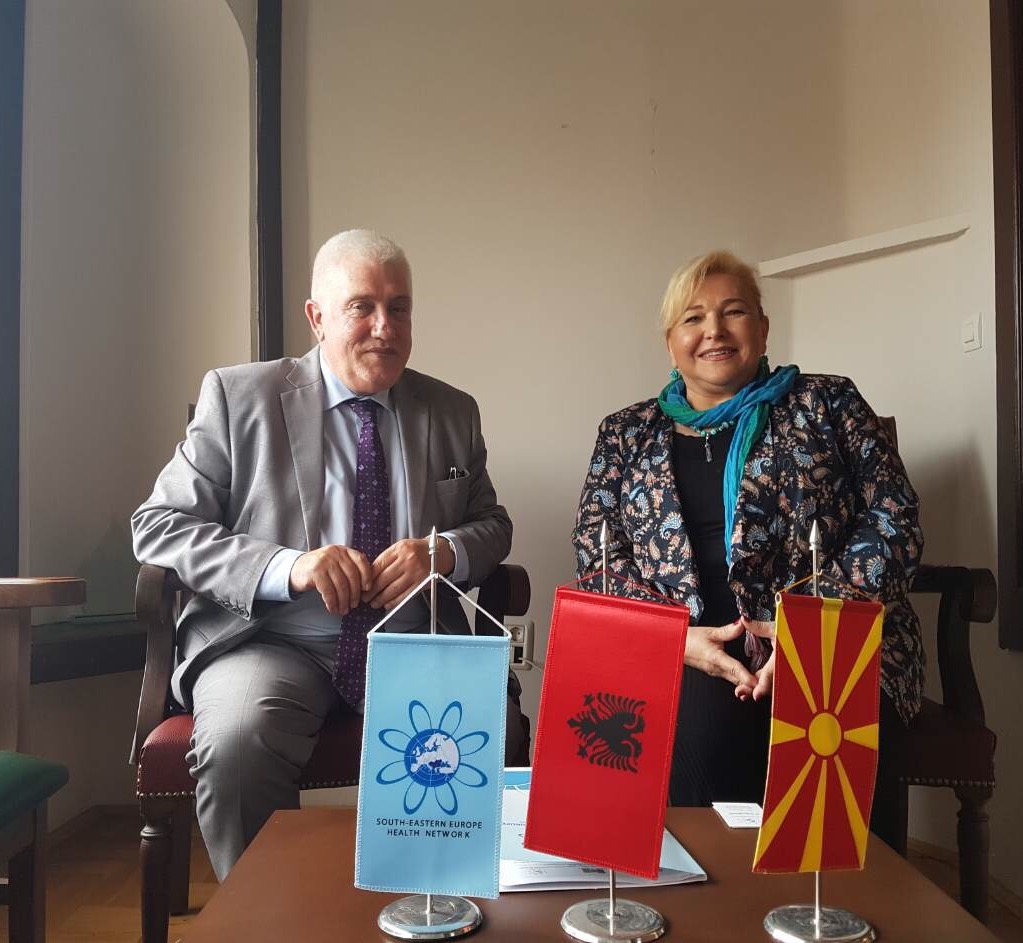 Director of SEEHN Secretariat Dr. Mira Jovanovski Dasic had today a meeting with H.E. Fatos Reka Ambassador of the Republic of Albania to Republic of Macedonia.

Dr. Dasic thanked for the support of the Republic of Albania to the SEEHN and partnership that already reached 15 years. She informed the Ambassador about the recent developments, namely the SEEHN Fourth Ministerial Forum “Health, well-being and prosperity in South-Eastern Europe (SEE) by 2030 in the context of the 2030 Agenda for Sustainable Development” concluded with the signing and approval of the Chisinau Pledge. Furthermore SEEHN Director presented the current SEE Network activities and future plans of SEEHN, including readiness to continue working on health issues in the Region and strengthening the role of the Secretariat itself.

Dr. Dasic emphasized the importance of the strong relationship with the host country Republic of Macedonia, as well as through connecting with the diplomatic representatives of the member states of SEEHN with seat in Skopje (Albania, Bosnia and Herzegovina, Bulgaria, Montenegro, Romania and Serbia), also with the ones with seat in Sofia for Moldova and in Zagreb for Israel, that is expected to facilitate flourish the regional partnership.

Ambassador congratulated the Montenegrin NATO accession, pointing out that this is the great achievement of Montenegro and important step for the entire region.

The interlocutors also exchanged opinions regarding technical and legal aspects with the view to allow Republic of Albania to prepare the ground for the adoption of the amended SEEHN Memorandum of Understanding.