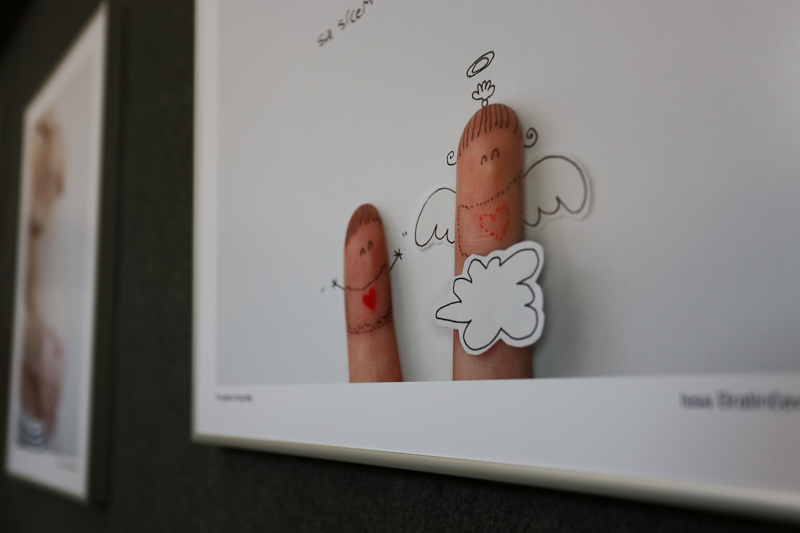 Croatia – I remember that 8 November 2007 as if it was yesterday – always a hyperactive boy, a good athlete, an excellent student with a pale face. That day I was as white as a sheet, I felt weak, everything around me became black, and the air barely got to my lungs. That was the first time I ended up in the hospital, and realized I may not be quite as healthy as I thought. However, doctors in Čakovec weren’t able to diagnose me correctly for three days. On the third day they realized what was wrong with me and immediately sent me to Zagreb. And then – shock.

Get this, an athlete, 13 years old, with a heart disease. I couldn’t believe it. I remember the first thing I asked the doctor after he told me that my heart is weak, and that I would need a heart transplant: “Doctor, tell me honestly, what my chances for survival are?” At first, the doctor was shocked that I would ask him that, but then he said: “Look, the transplantation itself has a 95 % success rate.”

But what he didn’t say was that first you have to survive until the transplantation. I realized this one night when I almost died because my heart rate jumped to 300 per minute, and I had to be resuscitated with a defibrillator. And so, in 2007, I spent my birthday, Christmas and New Year’s in the hospital, only to be released from hospital without transplantation.

I was still sick, my heart was so weak that I barely managed to get to the second floor, but I still had the need to function normally. It was not easy to give up sports you were addicted to or some basic activities just to be able to function normally. I got used to it, and from 2007 to 2011 I lived “under enormous scrutiny”. This lasted until 2011, when I ended up back in the hospital when my health condition rapidly deteriorated. At one point my heart stopped, the pressures equalized, and I ended up in an induced coma on ECMO for six days. The machine replaced the function of my heart and lungs. And you already know what followed next. The inevitable – heart transplantation. I must say, I was apprehensive at the thought of transplantation and was terrified by this idea because I was still afraid of ending up in that 5% of unfortunate cases during organ transplantation.

When I woke up, at first I did not believe that I was a transplant recipient, I kept asking everyone around me who gave the permission for the transplant to go ahead. But I’ve came to peace with that fact as soon as I saw that it was easier for me to breathe, and as soon as they told me that my heart was pumping normally. Oh, it was a song to my ears. After the heart transplant, I spent nearly two months at the hospital, and every day was a struggle with my mental and physical condition. I believe that I drove my parents completely crazy. It was so hard to get back on my feet after everything, after my muscles have nearly atrophied, and I also had to come to terms with the fact that I was in a hospital, and not with my class mates on the last days of school. It was difficult but I made peace with it. As soon as I got home, my condition immediately improved. When I finally walked around my neighbourhood for the first time, it was a joy, except for the strange looks of passers-by gave me because I was wearing a protective mask. Once I even almost caused a crash. So, if you ever see anyone wearing a mask, do not turn your head around and stare, they are probably wearing it for their own protection, and you can cause a crash. Basically, my condition was improving daily; I grew both mentally and physically, and was getting stronger every day. Four months after the transplantation, I returned to school. I took exams from two years all at once, went to competitions, won third place in the country, and achieved more and better results each day. After the transplantation my cerebral blood flow was improved, so I passed both the third and the fourth grade without any problems. I won awards and achieved successes in competitions and tried even harder every day. After graduation, all doors were wide open for me, I had a direct entry into various faculties thanks to all the prizes I had won during high school, and I also had the opportunity to work. Yes, I decided to work. Now a young man of nineteen, I own a company which develops mobile applications, websites and does marketing. I’m still achieving my goals and setting new ones, my life is better than ever, I went back to sports, my life is good… the best. I use my new life to its maximum – from an excellent student and top athlete, then a sick boy, I came back stronger than ever, became a hard-working man, a recreational athlete and a much better person than I was. This disease has changed me, I have become more serious, sometimes too much; I have become more sensitive, caring, but what is most important – I have become a better person. 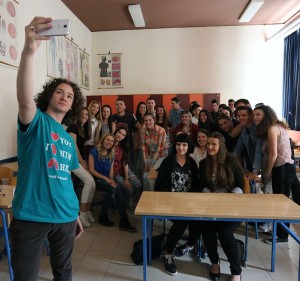 Private photography by Luka Vugrač; Luka with class within the National youth campaign on organ donation and transplantation in Split, May 2014